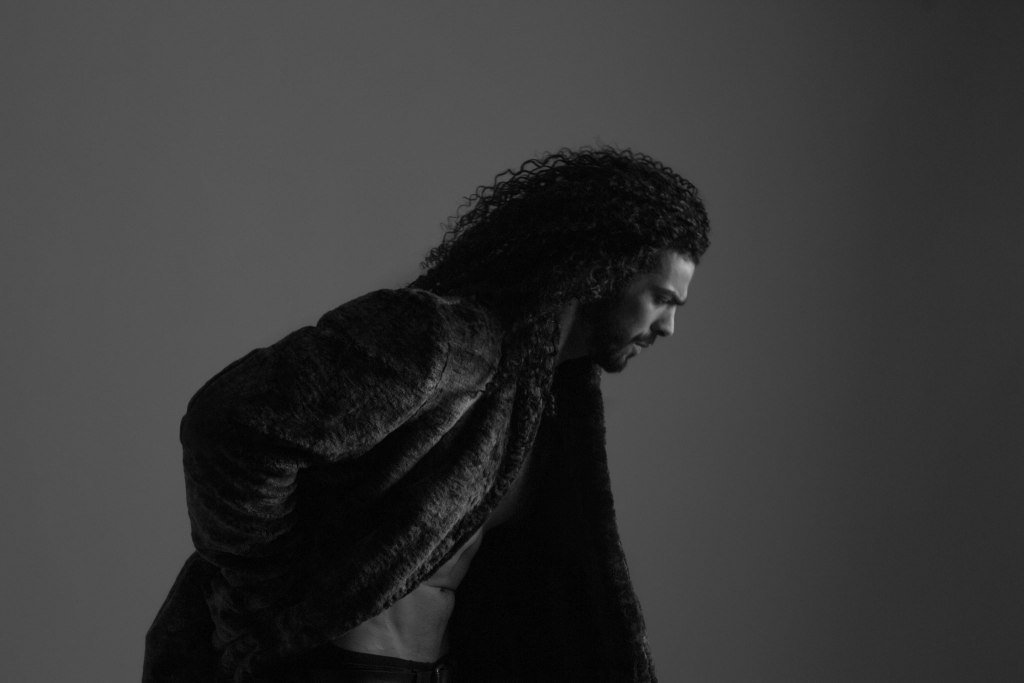 In 2011, Egypt’s “singer for the revolution”, 23-year-old Ramy Essam stood in Cairo, on Tahrir square, singing his battle songs together with hundreds of thousands of other protesters. The Egyptian people insisted on having President Mubarak resigned and succeeded. Six years later, a brutal military crackdown has all but destroyed the country’s youthful protest movements and the region has descended into chaos. But the hero of Tahrir square has not forsaken the people’s struggle for freedom, he has been productive, and is now planning to return. But what is it that makes a successful musician such as Ramy want to risk his life for an uncertain future?

Ramy, with his thick black curls framing his face and black leather jacket, looks like a combination of a Che Guevara-like revolutionary and a rock star. Charismatic, humorous and inspiring: one can easily understand how Ramy became the icon of the Egyptian uprising. At the moment Ramy is exiled to Helsinki, where he was been offered a safe city residence by the city of Helsinki. Ramy has continued creating new songs and last winter he played himself in the play Ramy – In The Frontline, at the Viirus theatre. In the play Ramy told his story in detail, how he grew up in the small city of Mansoura on the banks of the Nile River Delta, listened to American Rock bands, such as Nirvana, System of a Down and Metallica as a teenager and rose to international fame nearly overnight through the revolution.

”After they saw me with them in the front lines, fighting, the guys started introducing me as the ’singer for the revolution.'”

The revolution in Egypt began in January 2011 when thousands of Egyptians went out to the streets inspired by the uprisings in Tunisia and angered by videos on social media showing the brutality of the Egyptian police forces. The government responded to the protests by shutting down the internet which led even more people out to the streets, among them Ramy who took his guitar and headed for the capital. Ramy wrote songs based on popular chants that amplified the anger and mistrust against the old regime and made the goals of the protesters known. On Tahrir square Ramy fought against the police forces and performed for hundreds of thousands of people with his revolutionary songs. In an interview with Buzzfeed in 2015 Ramy told that “A lot of people came to me to say, ‘Sorry, we thought that you were just an asshole coming to be famous and sing,’. “After they saw me with them in the front lines, fighting, the guys started introducing me as the ‘singer for the revolution.’”

Ramy was onstage singing when Mubarak resigned, leaving the Armed Forces in charge. Most of the protester left Tahrir satisfied, but Ramy and a smaller group of thousands stayed. Their goals where a civilian-led government, a new constitution, a host of reforms, not just Mubarak’s removal. When the Egyptian army dispersed the crowds in the square in March 2011, Ramy was captured, arrested and brutally tortured for eight hours at the nearby Egyptian Museum. Beaten and humiliated but still alive and determined in his mind, Ramy returned to his cause. For nearly two years between 2011 and 2013, his life was a blur of performing and protesting.

When the Muslim brotherhood was overthrown in a military coup Ramy, was silenced by the authorities. Before that he had appeared on national and international news programs and become a well-known name. His song Irhal (Leave) was voted one of the most world-changing songs ever by the British magazine Time Out. The compulsory military service was what in the end made Ramy leave Egypt, first to Malmö and then to Helsinki. This year, when Ramy turns 30 and is free from service, he is planning to return and continue the struggle for democracy.

During his exile, Ramy has been touring in different countries with his songs about democracy and reform. In Finland Ramy has continued with his musical career and performed together with artists such as Paleface and he is currently recording a new album with prominent Finnish artists. This winter Ramy performed at the Stop Deportations demonstration on Rautatientori square to show support for the asylum seekers’ demands, such as an end to arbitrary and unfair decisions on their asylum statuses, a halt to violent treatment and the end of expulsions from reception centers and their basic services.

Ramy performing in Arabic at the demonstration at Rautatientori creates a link between Finland and the current situation in Egypt and the Middle East. The situation in Egypt now is in many ways no better than it was before the revolution, and police corruption is even worse. But at least the situation in Egypt has not escalated in the way that it did in Libya or Syria. Ramy finds it quite unlikely that Egypt would descend into a situation like in those countries, mainly as the army is strong enough to stay in power against armed resistance.

So is that why the Egyptian uprising did not reach its goals? A more important reason seems to be how unexpected the uprising was. “Suddenly everything started moving gradually, and we were not prepared to have a revolution, we were not organized, we didn’t have a good political movement or party for leadership.  We were just people full of anger against the system marching on the streets. Because of that it was so easy to separate us.” For example in Tunisia the results of the revolution were much more promising as the revolutionary movements were institutionalised into a parliamentary system. But Ramy is neither cynical nor disillusioned because of the fact that the Egyptian revolution didn’t reach its goals.

“That’s only how it seems from the outside. Now we not only have the young generation who made the revolution, but a new generation who has grown up without state propaganda and has experienced freedom, even if only briefly. This generation is not brainwashed and by showing them the way through music, art and education, we can change things. We didn’t reach actual freedom but we had it in our hands when we were in the streets. We were much stronger than the government, we just needed to organize ourselves and continue the fight.”

Ramy puts his trust in the young generations who haven’t lived under state propaganda and have had the ability to find inspiration abroad through social media. He is not overtly optimistic about the possibilities of the internet, but at least it allows for new ideas to spread independently. “When mentalities change, we can change everything. Thousands of Egyptians have evolved positively after the revolution.” Ramy’s goal is to fight apathy through music and show the people who are still fighting that they are not alone. Producing political songs about the harsh reality of Egypt, Ramy has been able to gain hundreds of thousands of followers on the internet and spread his message of freedom and reform.

Even though Ramy is actively participating with music to the continuing struggle in Egypt from Europe, he seems definite in his decision to return to Egypt even if it might cost him his life. This determination and commitment to his cause is what might be the most striking feature in Ramy’s character for a person who has never personally fought a military regime. Legendary figures such as Victor Jara come to mind when listening to Ramy explaining about his motivation to change the world. One could say, that both Ramy and Jara became the central figures of a historical uprising through twists of fate and their ability to manifest a collective experience. This ability to capture a shared experience and put it into music is at the heart of Ramy’s political art and a reason why he wants to return to Egypt.

”We were much stronger than the government, we just needed to organize ourselves and continue the fight.”

Ramy’s mother has told Ramy not to take the risk of returning, in the same way she told him to stop protesting after he was tortured by the Egyptian security forces. Could Ramy not produce his art from Europe? One of the reasons, why Ramy doesn’t find a career in Europe meaningful, relates to his view that art is meaningful only when it is able to mirror reality and change it. The role of Ramy’s music is to express a collective experience and make it heard. The greater narrative of the revolution is born through the collective experience of a common struggle. Being away from this experience is deadly for Ramy  as an artist. Living a safe and relatively easy life in the Nordic countries while writing songs about the hardships of the people fighting for a better world is not what he wants, and has thus not applied for asylum in any European country.

The events of the Egyptian revolution had a drastic effect on Ramy and his thinking. Many of Ramy’s friends died during the revolution, some of them shot to death by the police in front of his own eyes. One of Ramy’s close friends took a hail of bullets aimed at Ramy, and died in his arms. Ramy’s determination to continue the struggle is deeply rooted in these dramatic experiences.“Losing hope means betraying the essence of the revolution, betraying the spirit of Tahrir Square and those who have sacrificed their own lives. It’s not even an option. The memories of Tahrir Square are my greatest motivation. It’s important to show that people who have sacrificed themselves have not died in vain, and to continue to fight for a better world. I’m going back to the street because we still have something to say. It was the first round. There will be more rounds. Everyone who experienced the revolution changed. Before, I was carefree, just enjoying music and parties and the easy life. People who went through this have found another meaning of life. I found a different role that I must play.”